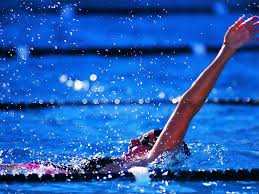 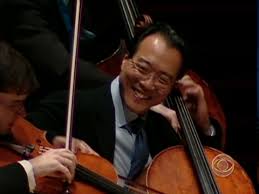 Seems like once I say it out loud or write it down, IT changes.

The IT I’m referring to in this case, is my Body Maintenance schedule. I have taken to calling it My Body Maintenance because that is how I see it now. It’s not so much my workout anymore. The physical activity that I engage in everyday has more to do with the methodical maintenance of my overall physical health and functional alignment.

I find it interesting that most people I run into assume that I am training for something. Are you a triathlete? You must workout a lot! Nothing could be further from the truth, which is why I am posting this schedule. This entire website is about how to maintain our overall health with a healthy dose of moderate daily body maintenance. SOME focused daily body maintenance, not an extreme amount, EVER. Focus on precision of movement in every waking moment and lead an Active Lifestyle. Sounds simple enough doesn’t it? I believe that it is, it just takes a little bit of practice and perhaps a whole lot of belief shifting to make it happen; more on the belief part another day.

A year ago my weekly schedule looked very different compared with the current one (below). At the bottom of this post I will write out what last years schedule looked like and what it looked like a year before that. Change is good. I choose to change and move forward towards better health. Doing more was not the answer for me.

“Even if you’re on the right track, you’ll get run over if you just sit there.”

Since June 2012 this is what my current weekly Body Maintenance schedule has been:

Of course Active Living varies from day to day and season to season. My biggest House Maintenance Day tends to be on my Rest & Recovery Days but that is not set in stone – stuff comes up! Some house maintenance is done everyday, regardless. Rest & Recovery days vary too.

It also looks like my Playground Pit-Stops will be dwindling over the winter months, as they usually do – monkey bars and D-Rings need to be dry (and Vancouver is pretty wet), but with cold muscles my hands just can’t hold a grip. There is also the dog walk duty, which is shared between my husband and me; we don’t have a set schedule.

If you want to know your past, look into your present conditions.

If you want to know your future, look into your present actions.

This is an example of a week schedule from 2011:

In the years before the examples above, my workouts were much longer, over 30 minutes and up to 45 minutes in duration for BodyRock style workouts. I used to take a Masters Swim Group Class (not “masters” by definition meaning experts, rather all of us gained entry because we were over 35). And I used to go out for an hour of intense soccer with the ladies once or twice a week. When I think back on it now I can’t believe I used to do that!  I was trained to believe that we had to get our heart rate up to a certain number for a certain amount of time to reap any benefits. I used to believe a lot of “facts” backed up by scientific research written in esteemed text books and journals. Now I see that it is much, much more complex than all that. Everything is. For me, this says a lot about our belief systems and what we do because of them.

Do less at one time. But do it well; with precision. Be active throughout the day.