It takes me quite a bit of time to piece together a “day in the life” log. At this point, if you’ve read my other Food Log posts, you will have an idea of my patterns. So to make everything simpler – easier for you to read and easier for me to upload, the following is examples of JUST the food. As I’ve mentioned before in Rx Food that I have been experimenting as much as possible with eating my food in the right order, as per Dr. Mercola’s suggestion. Everything I eat is according to Blood Type O, non-secretor lists via the research done by Dr. Peter D’Adamo, Eat Right For Your Type. As well, I have been consciously cutting back on fruit. As far as Gary Taubes sees it, he doesn’t “think there’s much meaningful evidence on the benefits of fruits in the diet.” I used to eat fruit with abandon thinking I was making a healthier choice. As it turns out, our bodies don’t differentiate much on where the sugar comes from. (More on the sugar/fruit subject another day).

“In addition to eating the right foods for your body, believe it or not, we discovered that it is not enough just to make the right food choices…It is equally important to eat your foods at each meal in the right order!

When your food is consumed this way, digestive and nutritional efficiency will improve dramatically, shown by:

7 am My Breakfast: (in this order)

I don’t usually have time to photograph dinners because it’s mostly too hectic.

Generally, when I know that I’m going to use the oven or BBQ, I will plan ahead and grocery shop accordingly. For example, if we are having Salmon for dinner, I will buy enough to have leftovers for the following day. Assuming we will eat a total of 1.5 pounds of Salmon at dinner I will buy 2 pounds to ensure leftovers for the following days lunch or snack.

I will also bake two other types of fish, seasoned differently, with the purpose of having those ready for lunch or dinner the following day as well.

When I BBQ, I tend to prepare my NY strip loin, marinated turkey cutlets and sweet potatoes at the same time – with the intention of having leftovers.

When I prepare rice or pasta, I will make enough and a few varieties at a time to ensure leftovers.

I try to always have washed and cut up carrots & broccoli as well as a steamed green vegetable like, Kale, Collard Greens, Swiss Chard or Green Beans ready to eat in the fridge.

Preparing my family’s food supply in this way actually makes for less work and much less stress on my part. It definitely has taken a lot of daily practice for me to figure it all out, but as a result, I know my way around my kitchen better than I ever! 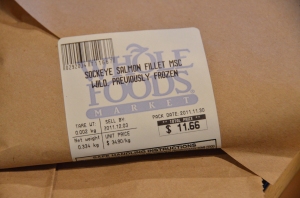 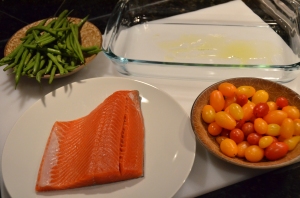 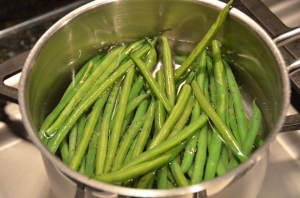 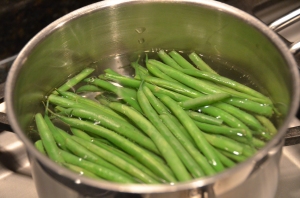 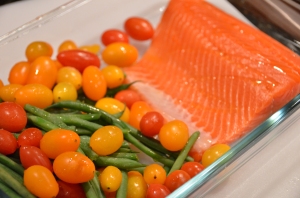 “Alice began to feel very uneasy: to be sure, she had not as yet had any dispute with the Queen, but she knew that it might happen any minute, “and then,” thought she, “what would become of me? They’re dreadfully fond of beheading people here; the great wonder is, that there’s any one left alive!” —Lewis Carroll . . I’ve gone down the rabbit 🐇 hole celebrating Lewis Carroll’s birthday on Monday Jan 27th with #bookfairiesinwonderland swipe to see some illustrations from the beautiful edition I won last year from @bookfairies_saskatchewan 🐇⏱ ☕️ 🎩 ♥️ 🔑 . . . #ibelieveinbookfairies #lewiscarroll #downtherabbithole #aliceinwonderland #aliceinwonderlandbook #lewiscarrollbirthday #literature #englishliterature #classicbook #instabook
Happened to drive past May & Lorne Brown Park at Beach Ave & Hornby Street . And whenever I do, I admire the playful & functional art piece —the oversized harvest dining table “that creates the Heart of the space” by Bill Pechet. . . surprised to see this snowman ☃️ sitting on the table. When I drove past later it’s head was gone 🤔 . . #snowinvancouver #billpechet #artist #architect #mayandlornebrownpark #harvesttable #oversizedharvesttable #oversized