I think a lot about belief,

how we shape our beliefs and

where those beliefs come from.

You Are Your Own Religion.

Following the advice from the above quote is a lot more complicated than it first appears, because who we are, what we think and how we act (or react) is heavily grounded in our history, customs, traditions, who we look up to, what we read, see and have been taught.

What is your own reason?

What is your own common sense?

It takes practice to sit quietly ruminating on questions that reveal our true individual beliefs. It is difficult to set aside the beliefs that we have been taught as being correct (that gave us top marks), to settle on our true nature.

Can anyone really say that their beliefs are not affected by the world around them? We hold on so tightly to our beliefs. And it makes perfect sense to do so, because having strong beliefs is our natural link to survival. But there can be a point when belief becomes rigid and prevents us from growing and exploring possibilities. Beliefs come in all shapes and sizes. Not all beliefs come in the form of a radical-life-changing shift. Sometimes when we make a small (as in microscopic – barely noticeable) shift to a long held belief, it at first may seem insignificant, but it is often these little ripples that offer the most catalytic potential. Think of the butterfly effect.

“It has been said that something as small as the flutter of a butterfly’s wing can ultimately cause a typhoon halfway around the world.”- Chaos Theory

Since before starting my blog/website in April 2011, I have been experimenting with consciously shifting my comfort zones, which I have come to realize is actually making micro changes to my beliefs – to my world, as I know it.

It takes practice to change,

and practice requires being consistent.

Here are two examples of what seems like very insignificant beliefs (beliefs shape our patterns and behaviour) that I resisted changing and how much I have learned and grown from adapting to these changes. A few months before I embarked on this hobby of writing a blog, I decided that I would, without fail, each and every night for the rest of my life…floss my teeth. Sounds life changing doesn’t it? It was my butterfly effect. 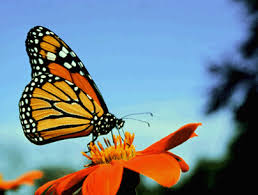 I have always been consistent with cleaning my mouth and teeth, to a fault I recently learned. I wrote about it here. And I have always flossed my teeth, just not daily :). I would go through phases of being consistent with flossing (like for a week), and then neglect the practice to a now and then or when I would remember kind of practice. Don’t we all do that for a lot of different things in our lives? When things seem to be going OK, we put off doing the jobs that take the least amount of time because we don’t value their significance or impact in the big picture.

“There is no ONE GIANT step that does it,

it’s a lot of LITTLE STEPS.”

It has now been over two years without missing a single day of flossing! My oral health has improved dramatically. Ironically, I have cut back on the frequency of brushing my teeth (the article I refer to above explains this in detail). And as a result of these shifts my self-discipline has improved dramatically too. I am becoming more accomplished at doing ten, twenty and sixty-second jobs that would otherwise be put off to another time. This butterfly effect has changed my patterns. It was a test you see. I tested myself with something that would have zero impact on anyone else. With something that literally takes sixty to ninety seconds. It was something that would make a big difference to my life and health, something that I could do or not do and no one would know whether I failed or kept my word, except for my dentist and hygienist ;). Don’t fool yourself if you really think that your oral health care practitioner believes you when you tell them that you floss regularly. If you have bleeding gums and oral health problems somebody’s not doing a very effective job and the end result is the obvious proof of the neglect. And we all know who that someone is. Hmmm?

People come up with the most elaborate excuses for not flossing daily (or at all!) and are genuinely amazed as to why they have oral health problems. It is a lot like when I ask my kids if they have brushed their teeth in the morning (knowing they haven’t because I can smell their ‘morning breath’). Instead of arguing that I know that they have not done it, rather I tell them that they should do it again, because the job they did wasn’t very effective. And if they need help doing it properly, I would be happy to help.

“If you’re going to do something, do it right the first time.”

It is much like being overweight or having general health problems. The remedy is so obvious to everyone looking in but not at all to the person affected. And yet even to those looking in, though they can see what the affected person is doing wrong, they have the same difficulty seeing what isn’t working for themselves. Everyone is looking for a medical test to diagnose what it is that is causing his or her illness. Looking outside of themselves for answers, for someone else to do the LITTLE STEPS for them. May I suggest? Do the daily little steps; test your-self for a couple of years and see what happens. If you do it right, it will work.

“If it is important to you,

You will find a way.

You will find an excuse.”

But don’t be misguided; I don’t believe that there is such a thing as perfect health. There is not a place to get to where we just float along without minor pain or discomfort from time to time. The human body is volatile. There is no pain-free life, just as there is no stain-free steel. (Stainless steel isn’t stain-free, it just stains less.) We may become pain-less, but to expect to have a pain-free life is quite the tall order to have for our existence. Perhaps we need to reexamine our expectations and the beliefs attached to those expectations. Apparently the snake-oil salesmen from years gone by are still doing excellent business selling false hope and promises. We need to walk away from those snake-oil salesmen and practice our own little steps. 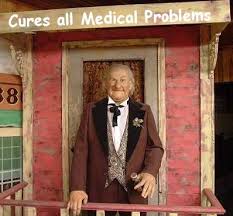 So, around the same time that I started my flossing experiment, I started doing my 4-minute mornings, which was an interesting shift in beliefs, to say the least. Because what is most interesting to me is that I used to tell clients, twenty years ago about a study that showed that even ten minutes of exercise, repeated three times a day was shown to be as effective as doing thirty-minutes of exercise at one time. I used to dish out that study but I never experimented with it for myself and I doubt that anyone really gave it much credence. My world back then was all about teaching hour-long aerobic, step or cycle Reebok classes. Everything was based on time: hour-long one-on-one private training sessions, hour-long stretch classes, hour-long toning classes and hour-long Pilates classes. For those of us interested in supporting our health, we were willing to put in that hour a day and for those of us in the business, well, we spent all day being physically active. So, for me to downshift these theories (beliefs) in health and fitness to a radical drop in duration was a tough pill to swallow. Could 4 minutes of something really have any significant effect on the body? I decided to experiment for myself. I speculated that 4 minutes once in a while might not be very effective, but 4 minutes daily might…I was willing to see what might happen.

The results have been quite fascinating. I have learned about being disciplined with a daily short duration routine that would otherwise be very easy to dismiss or put off. Every morning for the past two years I have done the same routine, which has evolved from starting out as a few minutes of bed stretches into twenty minutes of a variety of stretches and calisthenics. The significant piece to take away from this is that it is not about the duration (the time spent doing these exercises) but rather in doing specific exercises to correct and maintain MY functional alignment. And the fascinating piece is that I don’t spend more than a minute or two on most of the stretches or exercises. Duration is not as relevant as is the focus and precision attached to each stretch or movement. In other words, what is more important is WHAT you do and HOW you do it.

Sorry, it begs repeating: “If what you are doing isn’t working, doing more of it won’t work any better.”

If we repeat a physical action misaligned, then our end result will be reinforced misalignment.

“When you have eliminated the impossible,

however improbable, must be the truth.”

I have discovered that I really like to start my day like this (bed stretches etc.) and will make every effort to get to bed on time so that I can clock eight hours of sleep and still be able to wake up with enough time to do my morning routine before I start my mom-duty. “If it is important to you, You will find a way. If not? You will find an excuse.”